I know I usually talk about the negative effects of social media, but there are some positive perks.

I love how I can connect with people I’ve grown up with, people that have watched me grow and have helped in my upbringing, and people I want to keep in touch with. Social media gives us a chance to stay connected in certain people’s lives, regardless of distance and time. There’s some people I haven’t seen in over 5-10 years, but I could tell you what’s going on in their lives from what they post on social media. It’s kind of nice to stay in touch without really staying in touch.

With life and goals constantly on my mind, I admit that I have lost balance in keeping up and keeping in touch with friends. I guess that’s just life. We get busy, life happens, we start realizing there’s not enough hours in the day. In other words, I started adulting. And to be honest this shit is depressing. And I’m a little upset that nobody really told me how you gradually disconnect with friends and you realize you’re living your own ass life. And at some point it hits you, wait, I haven’t seen or talked to blah blah in years.

Anyways, y’all know I’ve been feeling a little disconnected and just not myself lately. Riding another wave of the post-grad blues has not been easy, I’ve been dealing with it by trying to talk and hangout with friends more.

This weekend my best friend of more than 15+ years baptized her son, and made me one of his primary godparents. I officially became Jalen’s Ninang. And it’s crazy. These are moments that me and April would talk about growing up. She’s been one of my best friends since 4th grade. We’d always talk about going through life together, being at each other’s weddings, being Ninangs to each other’s children, living on the same block and being neighbors (💀🤦🏻‍♀️), and all these milestone life events that we would share together. And here we are. Actually living it.

I don’t know why I’m surprised haha. Obviously these life moment were eventually going to happen. But it really got me like, wow, time really waits for no one. Cliché I know, but it really feels like just yesterday we were talking about all these “future events,” and this weekend, I stood behind her and watched her son get baptized.

After the baptism took place, I looked around in the crowd. And I saw a familiar face. I gasped and walked over in pure excitement to greet Mrs.Volpe. A person that means so much to me!

Mrs.Volpe was our school librarian, but she deserves the title of Mother of Epiphany. I attended this school from kindergarten to 8th grade. She literally watched me grow up right before her eyes, but we got really close during my middle school years. Like 6th grade to 8th grade is when I needed her the most.

Like I said in a previous post, by the time we hit 8th grade, for the most part, we’ve been riding with the same crew and classmates for almost 10 years. We ran deep with each other and gave some teachers hell just because we were a team and going through our rebellious phase. We were a hand full to say the least.

I admit that I was a rebellious kid. On a one-on-one basis, I was pretty well-liked by teachers. I was that student that gave you hell, but behind closed doors you hated to admit that I could connect with you on a personal level. And for just a second they could forget that I talked my ass off in class and questioned authority figures. Our whole class got a bad wrap, but for the most part I feel like I had a reason to my rebellion. I was always that kid that questioned authority figures that expected me to act a certain way just because they said so. The more they tried to control me and demanded respect, the more I resisted. That was just my nature. A true mess. Hahaha. Bless all of their hearts.

But since I had this reputation, sometimes I felt like I wasn’t given a fair chance most of the time. They already labeled most of us “the problem.” And it was like there was no changing any of their minds. And the person we would all run to would be Mrs.Volpe. And she would actually listen to us. Hear our side. When it was our fault, she would tell us. She wasn’t afraid to let us know when we were being little assholes. She’d try to make us see our teacher’s point of view. And even though we didn’t like it or what she had to say sometimes, she always told us the truth. But when we weren’t being treated fairly because of our prior reputations, she would also stand up for us. And that’s what a lot of us “rebellious trouble making kids” needed. Someone to atleast hear our side, to ride for us when everyone else was against us. And that was her. And to be honest, she was a lot of people’s go to person to vent to. She just got us. And during a fragile time in our early teenage years, she was our voice of reason. We all truly saw her as the mom of Epiphany, because she gave us an earful when we were in the wrong, but stood up for her little ducklings when they were being targeted. There are so many current students and alumni that look up to Mrs.Volpe, me included.

Mrs.Volpe is one of those people that I kept in touch with on Facebook. She’s never missed one of my birthdays without posting a sweet message on my wall. For every life event, she has always came through with a comment. She watched me grow up all through my Epiphany days, and has continued to watch me grow through social media. There has been multiple times where Mrs.Volpe has crossed my mind, and I wanted to message saying lets catch up, and I’d always tell myself I’d message by this day/date and forget. Or I’d plan to message and visit during my spring break, any vacation, etc., but didn’t come around to it. It’s a lame excuse, but this is real life. Things just get in the way and sometimes you don’t get to hangout with the people you want to. We had planned to grab lunch or dinner in August, but there was so much going on in Mrs.Volpe’s life as well, that we never got around to it.

And there she was. In the crowd. The person that has been cheering me on from the sidelines for so many years. We embraced and I couldn’t believe that she was at Jalen’s baptism. My heart was full! Especially since I’ve been feeling weird and off lately, this is the reunion my heart needed.

At the reception she met my boyfriend. And it was something special. I’m telling you, she was the mom of Epiphany, so it really meant a lot for her to meet the guy I’ve been with for 4.5 years. We talked and we caught up, and it was such a good time. I think I ran into her at Safeway once, like almost 5 years ago. Come to think of it, I think she met Christian that day, but it was a brief catch up. But other than that, I haven’t had one of Mrs.Volpe’s in person pep talks in 10 years. I graduated Epiphany in 2009. And here we are 2019 catching up. Funny how life works.

We caught up and I told her how I’m currently a preschool teacher and jokingly said I’m getting my karma for being such a rebellious child. She couldn’t believe it. How much time has changed! She expressed how proud of me she is, and I really needed that. She has always been cheering me on from afar. And I’m so blessed to have a person like her on my team. On my side. It has been 10 years but I know if I needed her she’d be right there. Like she has always been.

It was then I realized that she is everything I want to be as a teacher. Even though teaching isn’t my forever career job, it is still currently my job. And talking to her on Saturday made me realize that I want to be a Mrs.Volpe in someone’s life. Tell them like it is, but hear them out. Be firm when you need to be, but show so much love and support at the same time. And if I can be atleast half of what she is as a teacher, I’d be doing a great job.

This is a woman who has seen and witnessed her fair share of heartbreak and pain. But you would never realize by how she lives her life and treats others. Hands down one of the sweetest, loving, supportive, and most of all happiest people I have ever met in my life. And she has blessed so many Epiphany students and families with her presence and support.

It was important for my boyfriend to meet her, because I really feel like she knows the true me. She has witnessed honor roll Marinelle, rebellious Marinelle, angry Marinelle, heart broken Marinelle, and all the above. And I feel like she’s a person from my past that he should meet. I never thought they ever would honestly. I always imagined she’d meet him at my wedding or something haha. I’ve described her to Christian on multiple occasions as the only teacher who was ever on our side. And now he finally got to meet and talk to the woman I’ve talked about for all these years.

I told April, “Your party is what I needed.”

And its true. I’ve been feeling off and emo as hell riding this post-grad wave. Who are you? What do you want to do? What are you going to make of yourself? What career path are you going to take? How will you accomplish that? What’s your next goal? By what deadline? What are you doing with your life? Figure it out. Come up with a plan. Hurry. Time is ticking.

And for a second, those anxieties and worries faded. I was surrounded by my best friend of 15 years celebrating her son, my godson. I was reconnecting with a teacher I adore and look up to. My man is with me and around people that I grew up with. Life is good.

I needed this in so many way. Seeing people that take you back. Back to less stressful times. It took me all the way back to the times when meeting up for the movies was our biggest issue. 🤣 It was a meeting that my heart so desperately needed. That even though time is moving and life goes on, these people that have been with me since day 1 are still with me, are riding with me, and still rooting me on from the sidelines. They remind me of who I am and where I come from. They took me back to simpler times. 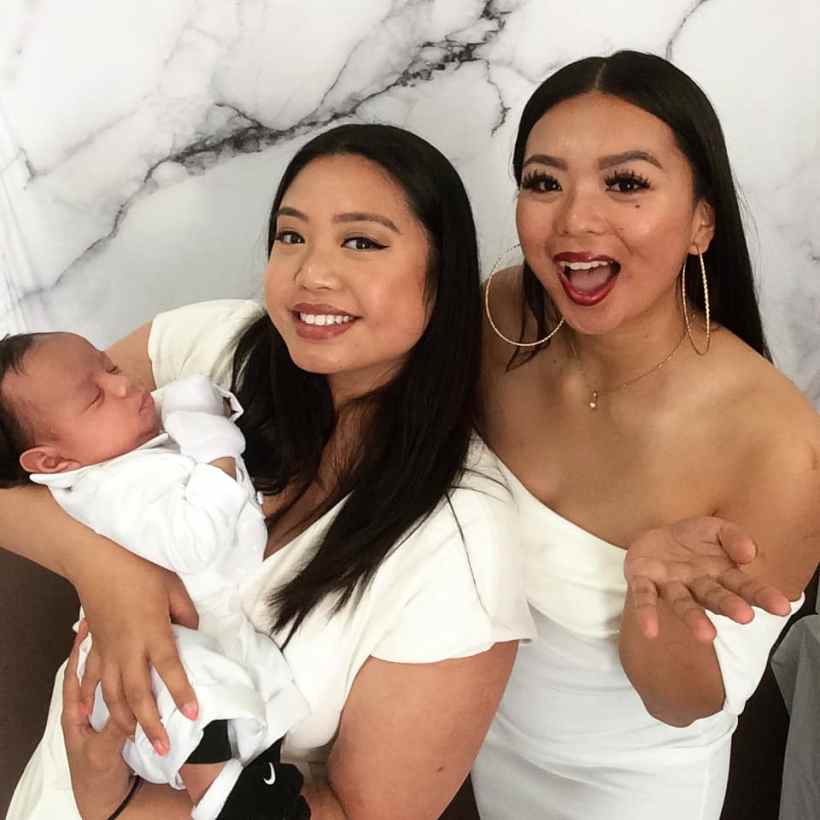